We are introducing Dynamic Global Illumination to Tavern Tycoon and it looks awesome!

For those of you who are not familiar with this rendering technique, think of it as a visual steroid (no, really). Basically, it renders light bouncing of all objects in the scene simulating how lights work in real life. Few modern AAA titles feature Global Illumination, which often sets the graphics level up a notch from other titles. It is also fully dynamic, so we've been playing around with room lights turning on and off, more emissive objects moving around and illuminated FX. I have to tell you that the game's visuals have improved drastically! The downside to this marvelous technique is that it is relatively performance hungry (I was able to maintain 60FPS on a GTX1070 @ 1080p) so this may not be an option that you can turn on if your graphics card is not good.

Global illumination will ship with the Dev Build DB007 (ETA Jan 31) and will later be pushed down to the main build via Version 0.4. 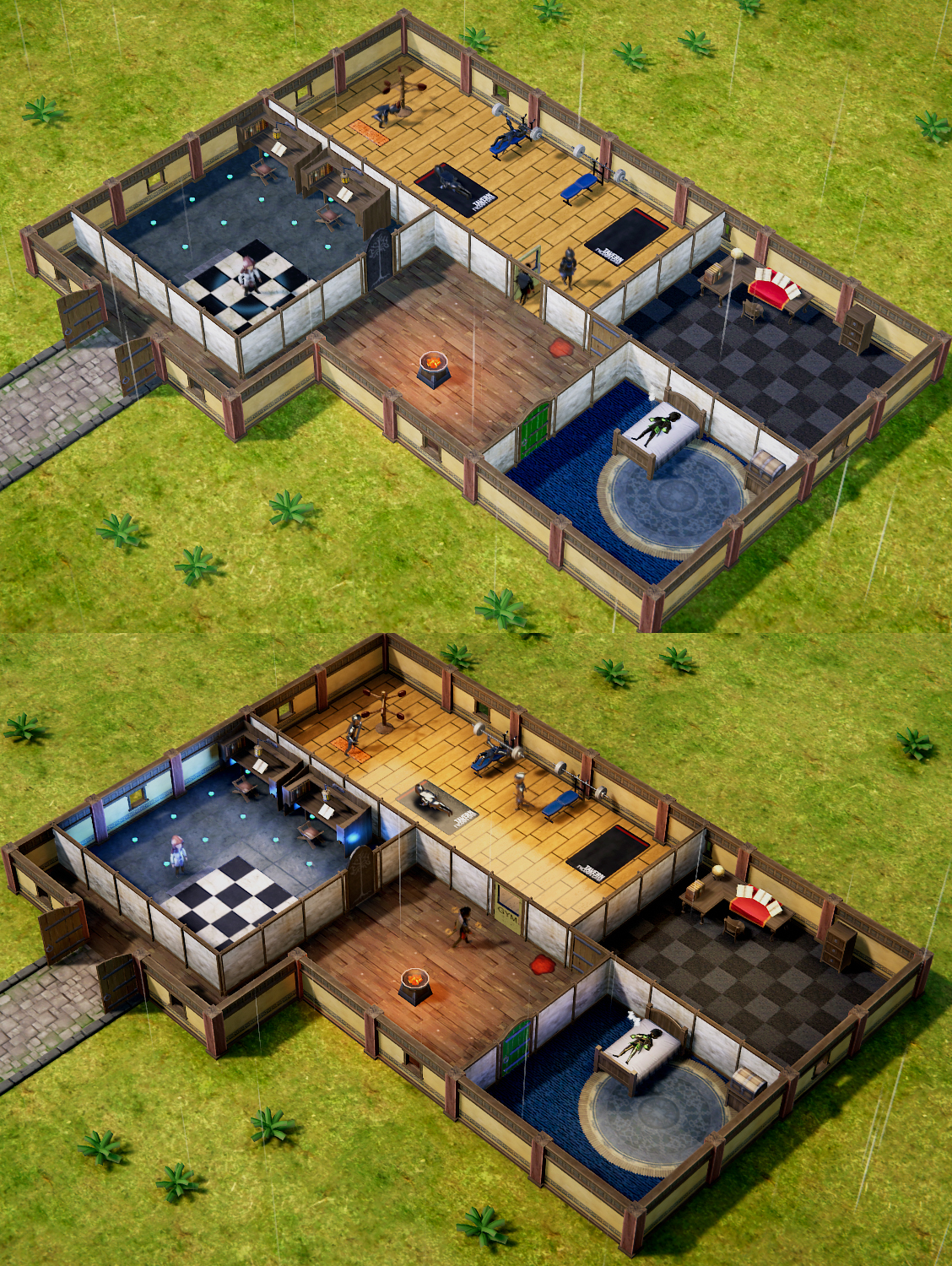