Let's talk about technical stuff - bullet ricochet. As of Feb 3, the bullet ricochet model has been redone from ground up. The previous model, being "too sensitive", wasn't really a good reflection of a real life ricochet. Also, the old model was throwing off extreme bullet ricochets that did not take account of the surface friction and the velocity of the bullet at the time of impact. On another note, the new model also forced me to rewrite some of the ballistics model and merge the two under one single roof. So the ballistics model now handles the following

Below is the new model, which shows from the visualization, (the red lines are for debugging visualization) how stable and accurate it is. Based on a sound mathematical model, the reflection angles and velocity are simulated in real time. 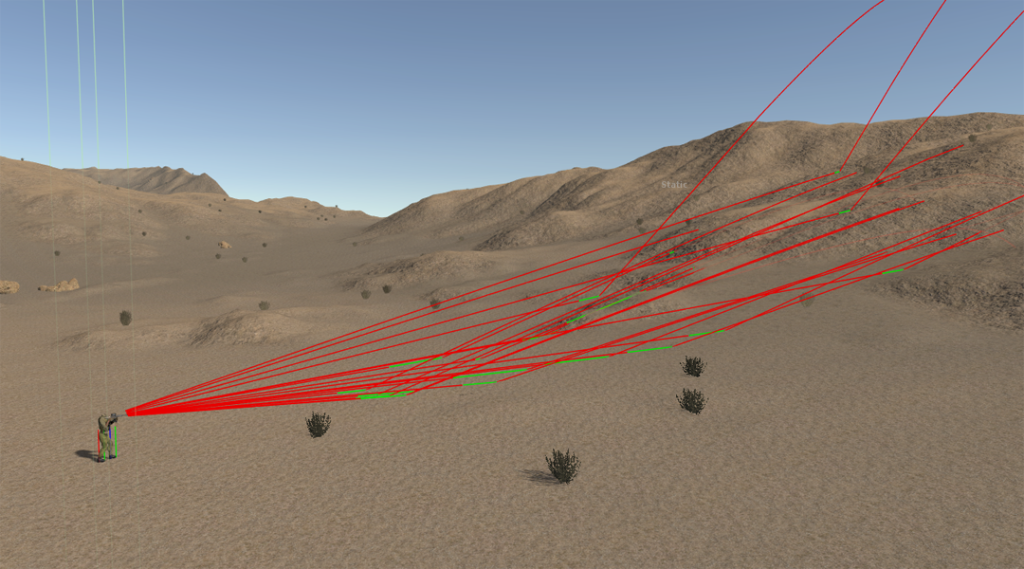