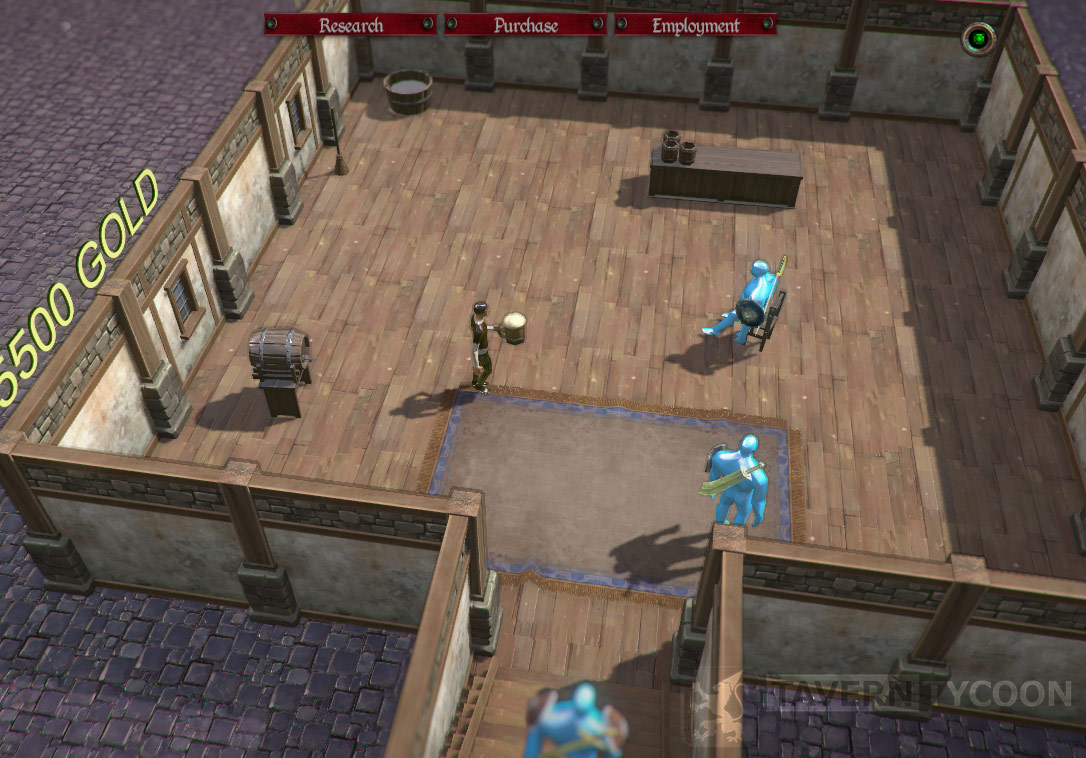 I got back into Tavern Tycoon this week and have to say that it was quite difficult to shift gears from developing a tactical FPS (TenFour) to a tycoon game. Nevertheless, I got to do some work on character graphics.

To be honest, I thought about going with the non-textured version as it is less work and still good looking - to a degree - but quite a few people commented that it has to get textures. Then I thought about it, and thought, hell, why not? I mean it is an improvement at the least. So, after getting the game greenlit on Steam, I put it on top of other important list of things to work on and it looks awesome. I will most likely expand it and give several variations to each character group so that a lot of texturing for me for the next few days.

It has diffuse, normal, specular and gloss maps for the curious. 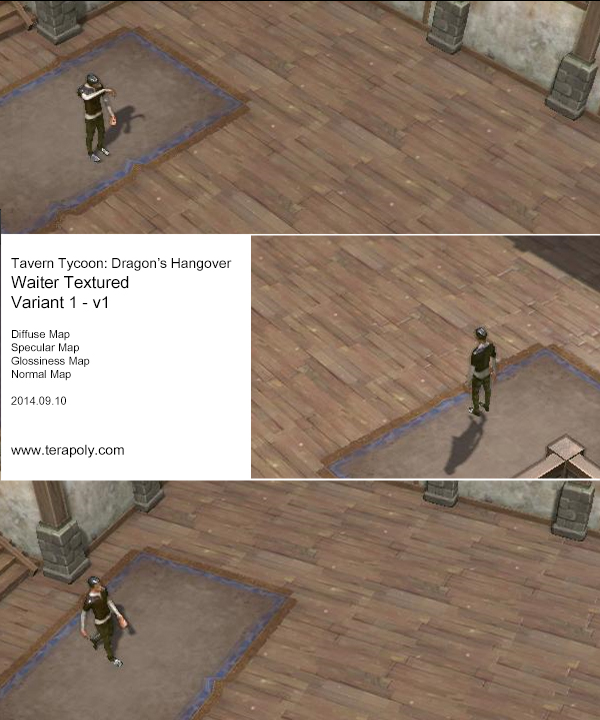 Tavern Tycoon will be a good looking game, albeit it is a tycoon game. One of the problems of having a 3D tycoon game is that the game's performance scales poorly as the number of entities on the screen increases, thus dropping the frame rates per second figures as more things are happening on screen. It came to me as a challenge that the genre innately suffers in such way. I am still working on it, but it seems that the game is able to run on a i5 laptop with 4 gb ram and ATI Radeon HD7450M card at a stable 30+ FPS with some tweaks and compromises on the graphics settings. While the final hardware requirements are not set, I think we will be able support old machines to some extent (read the next paragraph).

On the other hand though, Tavern Tycoon will support 64bit (mostly likely will ship with 32bit and 64bit version) and along with it, a Dx11, SM3 GPU will be required, hence eliminating old cards that is not capable of supporting Dx11.

Check out the launcher for Tavern Tycoon below.