Path finding didn't really come to me as a task that could possibly frustrate the knee caps out of me. If there was a way to describe my frustration the please send me a private message 🙂

My previous experiences in video game path finding was really limited to FPS npc's hacking their way towards the player character until they had a clear line of sight. There were the issues of flanking and taking cover but they were largely do-able with some smart tricks to overcome such obstables. But Tavern Tycoon was different, so different. First of all, characters needed so many calculations in 3d space to get something worthy of playing and I mean this, and second, the place got really crowded with objects that were creating "avoid obstable" routine for for each character. Our initial prototype had pathfinding so bad that we had to turn off all collisions allow every on-screen avatar walk through objects like ghosts. 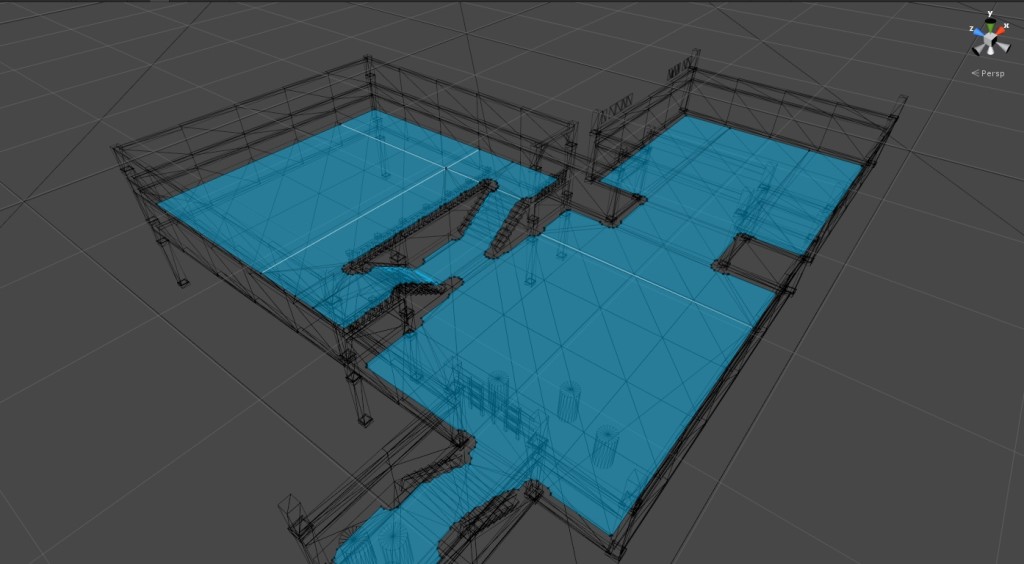 Pathfinding in Tavern Tycoon is Mesh Based.

Let's be frank about this matter. We are still working on this. And it really isn't a matter of can we do it or not. There are many frameworks and algorithms that we can simply adapt and move on. The real problem is, Tavern Tycoon has many objects that are actively looking for paths statically and dynamically. In another words, we are working hard on optimizing the path finding and tailor it to Tavern Tycoon so that players don't suffer from AIs navigating around. It is a painful and a tedious part, but it is necessary.

When development got to phase 3, which is an internal phase state that we refer to as - almost done with the programming part  - we really sat down and felt that we needed more "oomph" to the game. The game was really a tycoon game and while that is welcomed by many fans of the tycoon games, not everyone is eager to build a tavern after all. Hence the idea of "mini games" was introduced. At first it seemed out of place, I mean, Theme Hospital never had mini games, nor did Rollercoaster Tycoon, so why are we doing this? It took us many hours of frustration to really vision where mini games could and if ever be part of Tavern Tycoon.

Regardless of where it will fit in, we began making the mini game. The idea was that the mini game will be played before starting the game and the game would load the main game while this relatively simple mini game is running. Looking for simplicity and fun, we chose a type of a card game known as three cards - correct me if I am wrong. Basically, the dealer would hand 3 cards with a single marked card and two unmarked cards and will shuffle them around. At the end of the shuffle, the player has to guess where the card is.

After this sequence, the dealer will shuffle the three cards

So we spent some time making this mini card game, and it turned out okay. It was quick, fun and intriguing. Then the internal opinions took a full swing and decided that we should make more games like this and let players play random mini games before game actually begins. Just like that, the mini game part of the game got bigger to a point where we made two more mini games and putting aside the main game development. 🙂

this is my favorite mini game.

And then the axe game that everyone is talking about.

After the three games were finished and the devs spent some time competing with each other, it didn't took us long to realize that the mini games could take on larger role in Tavern Tycoon. So we got back to our drawing board and came to a conclusion that players should be able to play mini games between levels and should be awarded for the next level should the player succeeds. And that is how it all started.
Hope you guys enjoyed this first dev log. I will try to get back to you guys with more dev info soon. Stay frosty!